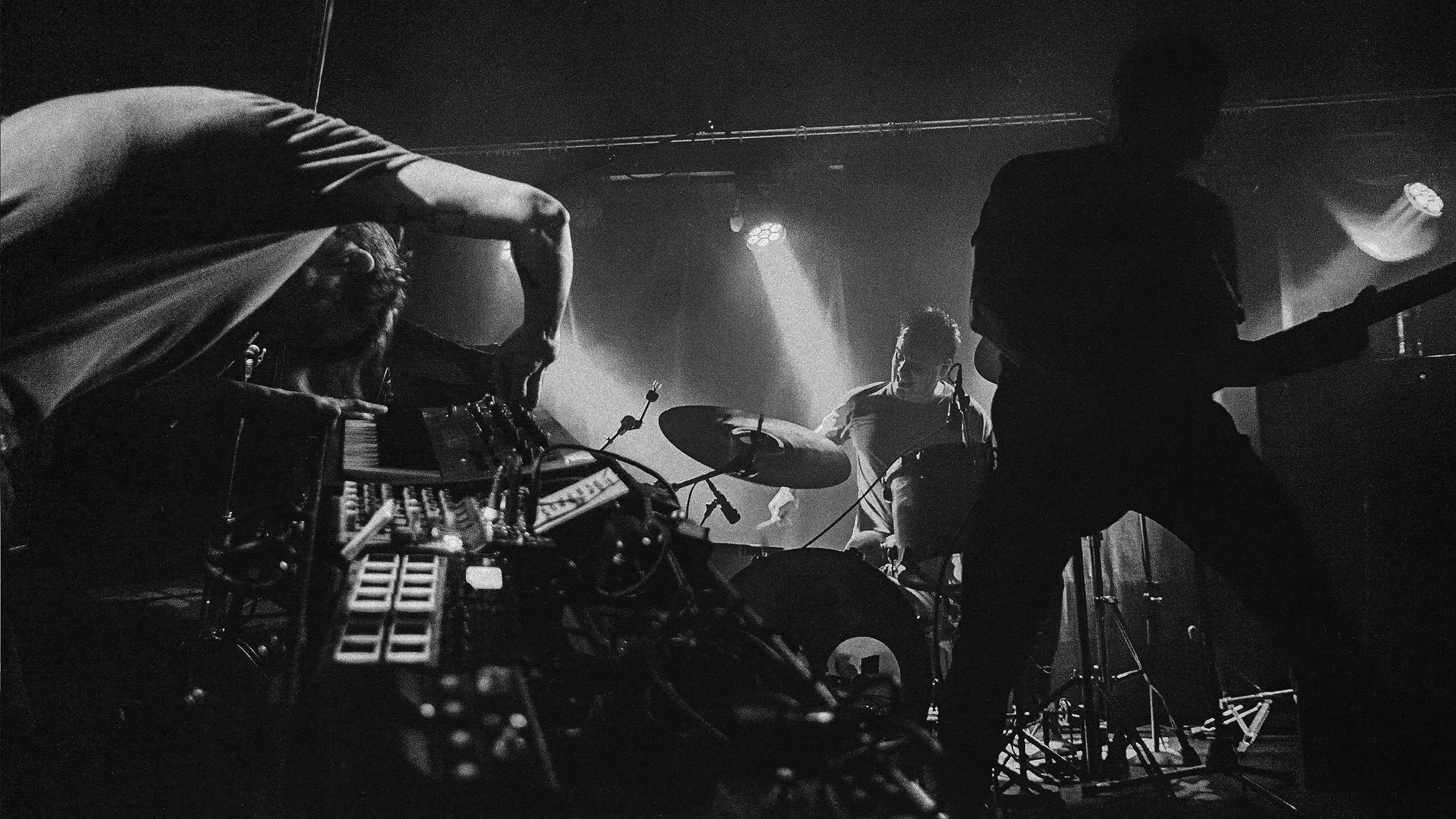 As a part of Denmark’s flourishing underground scene for dark and heavy music, the HIRAKI trio deploys an aggressive style of progressive synth-punk from the edge of the abyss. The band presents a sonic assault to accompany the inevitable fact that our world is sick, and we all take part in maintaining the fucked up systemic structures.

Encouraged by boundless acts like Daughters, Street Sects, and The Body, the band relies on gnawing synthesizers, ripping guitars, and crushing drums to deliver the foundation from which the vocals burst forth, with concepts about corrupted data and moral decay.

HIRAKI released their debut full-length Stumbling Through The Walls on April 9 through Nefarious Industries to follow up 2017’s Modern Genes.

»HIRAKI don’t exactly sound like The Armed, but if you like that band, you’ll probably like this one too. Both bands are punk in spirit but genre-defying in sound, and both make genuinely killer, fresh-sounding heavy music. You also might like this if you’re into current industrial punk stuff like Uniform and Street Sects.« — BrooklynVegan