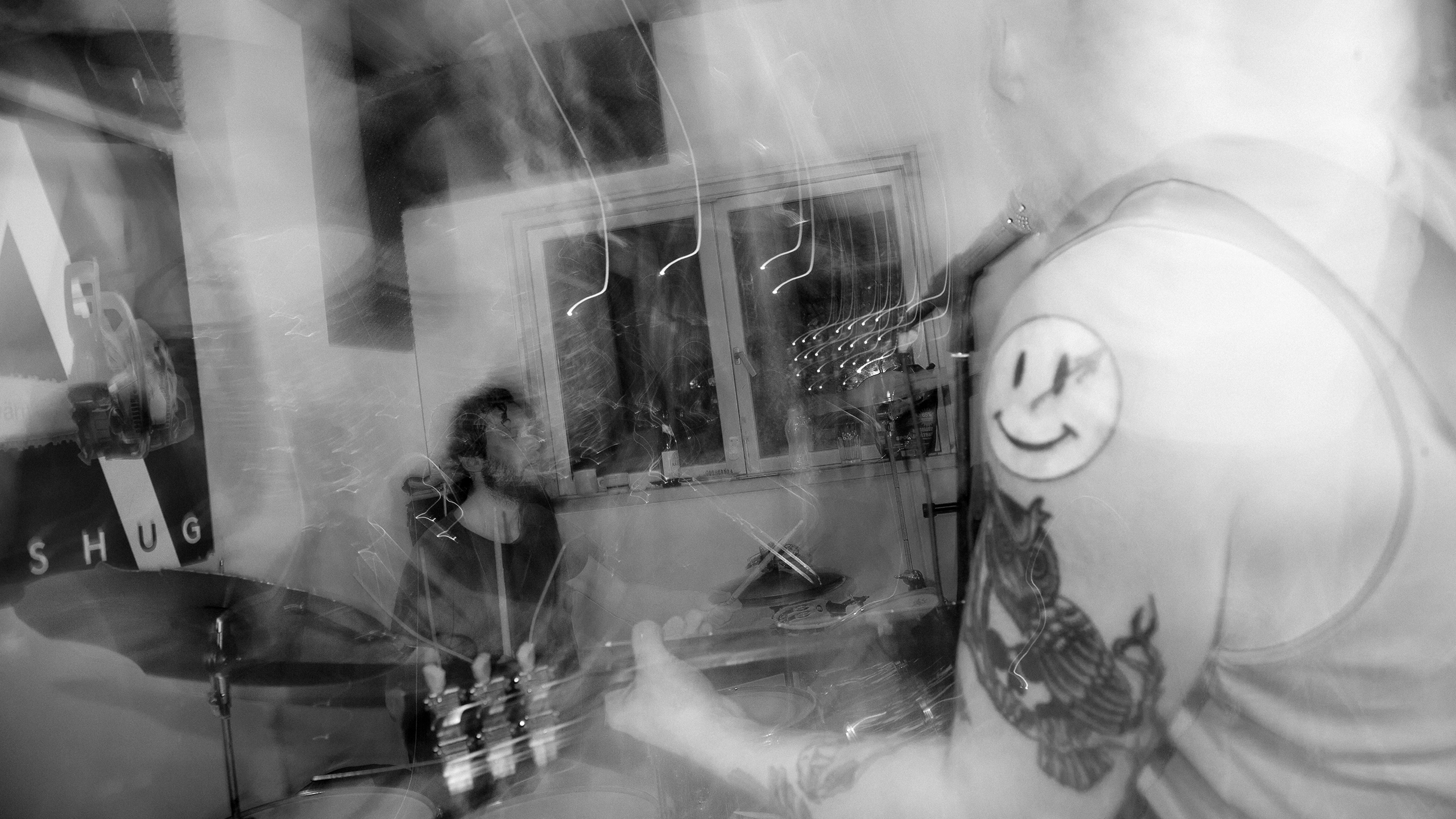 Ripping feverishly through math, noise, sludge, crust, avant-garde and whichever other fucking genre of loud angry music you could imagine, OXX might be described as clusterfuck-core… Or whatever. If that‘s hard to picture, try getting blackout drunk and beating yourself to death with a Thomas Pynchon door stopper; that should put you in the ballpark.

Both of OXX‘s members have previously been active in both the Danish punk/metal scene and heaps of weird shit such as avant/free music, afrobeat, and film scoring. Originally formed to bridge the gap between these seemingly disparate genres, OXX has since grown into a feral beast of its own.

On their newest release, ‘The Skeleton is Just a Coat Hanger; These Are the Black Strings That Make You Dance‘, OXX push their genre schizophrenia to its painstaking limits. Eschewing click tracks, endless overdubbing and micro-managing, ‘The Skeleton…‘ is the sound of a cathartic, organic explosion bereft of glossy production and studio fuckery.